You have an institution that is in place globally that is branding millions and millions of innocent people as failures.
- Manish Jain ( see "Rethinking Education and Development" on the sidebar.)
These people aren't failed attempts at being us, they are unique answers to the fundamental question: what does it mean to be human and alive.
- Wade Davis (see TED talk with him on the sidebar) 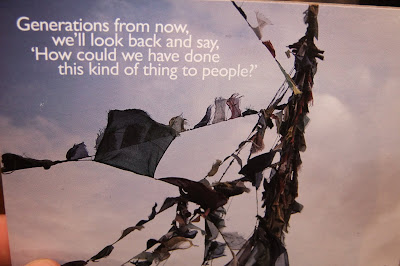 Yesterday "Schooling the World" came in the post.
I'd been waiting for it for a while; you may have noticed the link on my partly constructed sidebar.
If you are at all interested in the moral implications of the Western education system in general and in particular the social justice of sending it into indigenous societies, then this is a film for you.
This film astutely deconstructs our Western world view and our Western education system.
At least take a look at the trailer. It's worth it.
It's the kind of film I have been waiting for.
May blessings rain down on those who were involved in making it.

You can email me at watchingkereru at gmail dot com

Search for something good